And the winner is… FREE SOLO!!! 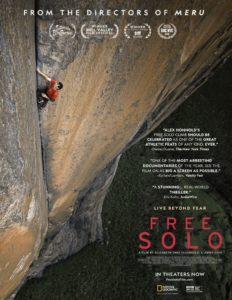 The best Documentary Feature Oscar that went to FREE SOLO marks a very important moment for mountain cinema!. This award is the result of an incredible climbing of Alex Honnold and an exceptional cinematographic work by Elizabeth Chai Vasarhelyi, Jimmy Chin and their crew. Never before, mountain cinema, has attracted such large audiences. The work of the IAMF and its members is a long-term contribution to increasing public attention to mountain film. This is a fantastic prize for mountain world!