The International Alliance for Mountain Film is growing on!

The late 2018 Assembly of our association took place on December 14th in Bilbao, Spain, during the Mendi Film Festival which hosted the many members present.

The meeting was held in a splendid hall of the Palacio de la Diputación Foral de Bizkaia, where we also celebrated the return to the Alliance of the Telluride Mountainfilm, one of America’s longest-running film festivals, which had entered the association immediately after its foundation in 2000 and then abandoned it temporarily after some years. We are really excited to share the road again with our American friends, welcome back!

New entry instead for the Krakow Mountain Festival which, together with the festival of Zakopane, increases the number of members from Poland, demonstrating the great passion of the Polish for the mountains. A welcome also to this new member!

The same evening was also held the awarding of the Grand Prize 2018 to Kurt Diemberger.

The pages of the new members are online on the website.

We are now 26 members from 19 countries of Europe, Asia, North and South America, Oceania. 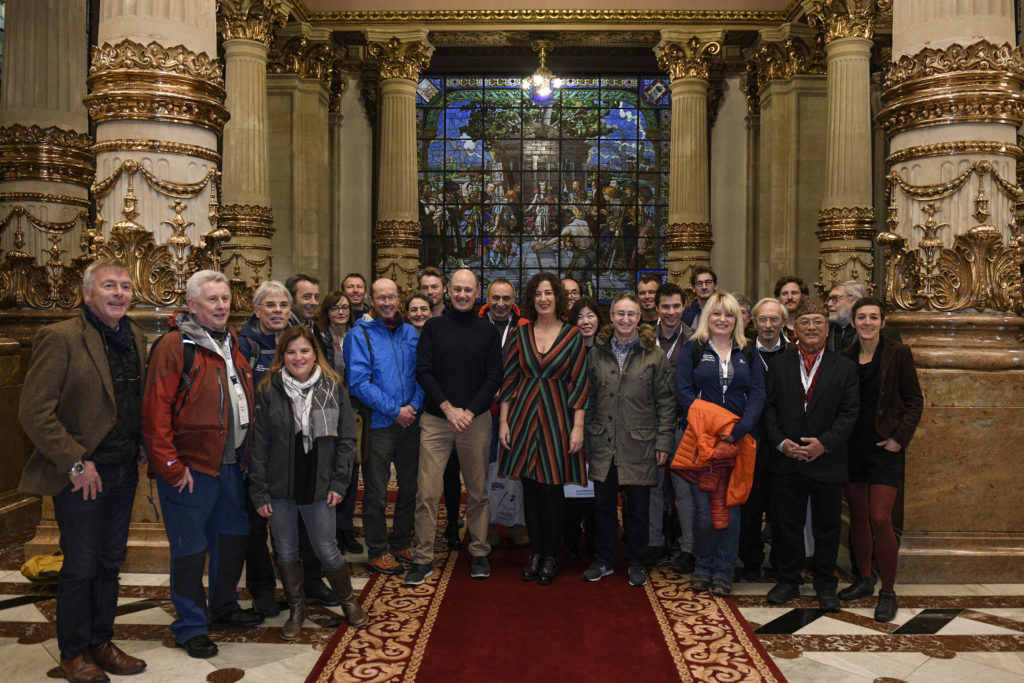